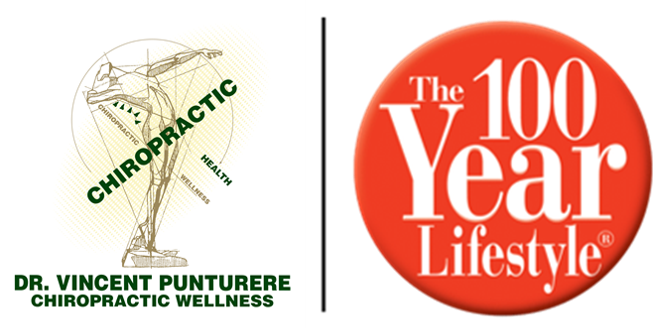 “Dr. Vincent rocks! He’s one of the sweetest people ever, caring and professional, and really makes you feel at ease. He also makes you feel like he’s really there to help you find the best solution to your problem and improve your overall health long-term. I was recommended to him by a long-time patient who called him “a true healer,” and I completely agree – even though I’ve moved pretty far away from him now I’ll still travel to see him, because I know I’ll feel better fast. Go see him — you’ll soon be a devoted patient!”

CYNTHIA Y. LOS ANGELES, CA
Satisfied Patient
“I am an Esthetician and Bodyworker. i use my hands more than the average person. My hands are my livelihood! I started experiencing numbness in my right had while I was at work and soon afterward my left hand was affected. It got progressively worse to the point that I would be awakened at night with numbness and pain in both arms that took forever to go away. I was not a happy camper! I have friends who had seen Dr. Punturere and sang his praises so I decided to see him as well. I felt so much better after the first visit. He is very through and explained everything to me. Now I have been to other chiropractors before and what set Dr. Punturere apart for me were the exercises he gave me. The exercises have been easy to incorporate into my daily life. I am working towards resolving the problem instead of just addressing the symptoms. The exercises have made a huge difference in my recovery! I am happy to make Dr. Punturere a part of the health maintenance team!”
STELLA G. LOS ANGELES, CA
Satisfied Patient
“Dr. Punturere is bar none the best chiropractor I have ever gone to (I am a dancer/dance instructor so have had my fair share of experiences with various forms of physical therapy and treatment). His knowledge of body structure, muscle relationships and kinesloogy is profound and shows in his work. The first time I wen I felt a huge difference right away in my posture and alignment, and mnore specifcically a nasty knee tweak that I came in for disappeared and did not come back. I go regularly to maintain things, and if something nasty comes up ( my back recently went out when I went to pick something up), I know I will get relief right away. Dr. Punturere listens to what you tell him, which is not always the case. His website is informative, clear and really representative of his office. I have referred several friends to Dr. Punturere and they all have had good experiences.”
HEIDI – AUBURN, AL
Satisfied Patient

“I was in a really bad car accident and my back hurt so badly I was barely able to move. I was hunched over and shuffling like I was 90 years old. The pain was unbearable. I was diagnosed with whiplash, prescribed muscle relaxants and giant horsepill sized pain killers, and sent me home. Drugs are awesome! But didn’t do the job.

I made an appoint with Dr Punturere because he came highly recommended to me by my boss. She’d been seeing him for years after meeting him when he was teaching anatomy at a school for massage therapy. I was terrified but decided to let him take a crack at it (baha! I’m punny!)

There’s a very small lot that you need pay to park in (I think it’s $1 an hour or something equally nominal) but I believe there’s also free street parking on the sides of the building. The waiting area for the office is nice, though (being fat) the chairs were a little difficult. Incredibly sweet and friendly front office help. They often recognized my voice when I called! I weighed over 400 pounds when I was treated and was never once made to feel uncomfortable about my size. So if you’re large or have body issues, don’t worry about it, you’ll never be made to feel badly because of it. Also, he adjusts you through your clothing, so no nudity required! (I know that was a question I had.)

Dr Punturere is an absolute doll. He’s sweet and kind and compassionate. And extremely comforting! I visited him weekly for several months. I have to admit, it was painful. Not always! But a few sessions made me cry. And he allowed me to cry. He told me to not apologize for my pain. That was really important to me.

He was really wonderful during the process. It was very emotional for me to be in so much pain for so long. And we’d discuss that. He’d tell me that it was normal. That the depression and hopelessness I was feeling was typical but that it WOULD get better. And it did.

He’s highly skilled at what he does but is also genuinely concerned with his patients as individuals. Dr Punturere is the kind of health professional we all deserve to see.”

“I recently threw out my back when I moved apartments a couple of months ago. It was coming – I knew from yoga that I had posture issues and my left lower back had been weak for awhile. The move just sent things over the edge.

He has been fantastic. His motto: “To get you to not come in to see me as soon as possible.” In addition to treatment, he gave me exercises and stretches to do at home to ensure that I won’t be returning any time soon. I liked this emphasis on permanent solutions, as opposed to immediately-feel-better-now-pay-to-get-that-again treatment.”

At Absolute Health Chiropractic, we combine state-of-the-art chiropractic techniques with the principles of The 100 Year Lifestyle to help people heal quickly and function at their highest level for a lifetime. We provide primary chiropractic care for our Beverly Hills, CA 90211 and surrounding communities while also attracting people from all over. We look forward to working with you and your family to help you reach your health goals.